Exploring nature and the world around you is one of the core experiences in Pokémon games. This has led to a variety of different types of terrain, environments, and topography throughout all generations of these role-playing adventure video games. We’ll explore some best ground & rock types that could be found in any generation (and spin-offs).

The “best ground pokémon” is a topic that has been discussed in the past. There are many different types of ground that exist in Pokémon games and some may be better than others. This article will discuss the best ground types in Pokémon ORAS. 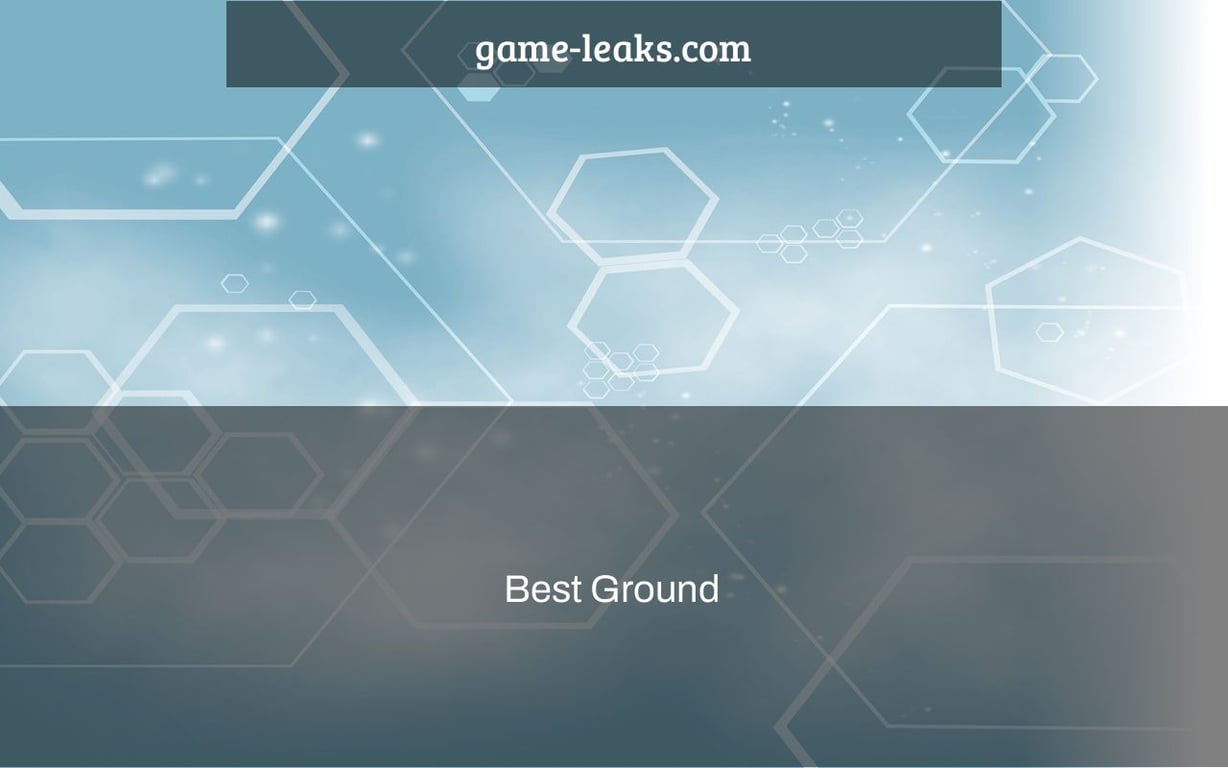 The finest Ground/Rock-types, on the other hand, make up for their lack of protection with massive Attack numbers.

Knowing how to utilize Earthquake is also beneficial.

So, if you’re looking for one of these earthy animals to join your squad, here are my recommendations for the top Gen 3/Gen 6 options.

Because it can utilize the strongest Fire and Ground-type attacks in RSE/ORAS, its poor speed and HP may be disregarded.

Let’s have a look at one of the proposed construction ideas:

While it’s still a Numel, teach it Plume of Lava at level 22. This will be its best Fire-type move until it evolves.

Take Camerupt to Fallarbor Town as soon as it develops to have the Move Reminder teach it Eruption, a gigantic Fire-type move that weakens as the user takes more damage.

To get the most out of Eruption, start your battles with it.

Earthquake can be learned by Camerupt by leveling up to 46, so that’s a keeper as well.

Catch a Numel on Route 112 and develop it into Camerupt by raising it to level 33.

Camerupt’s Mega Stone isn’t accessible until the post-game, so you won’t be able to utilize it much unless you intend to fight at the battle resort.

Armaldo is a fantastic Rock/Bug-type fossil Pokémon with a unique move repertoire that allows it to fill a niche.

As soon as you revive it from the Claw Fossil, teach Anorith Tomb of the Rocks via the TM you get as a reward for beating the Rustboro Gym.

You’ll have to wait until Armaldo learns X-scissor at level 46 to use Bug-type STAB.

And if you’re playing ORAS, you can cover its weakness to Water moves by teaching it Ball of Energy (TM53).

You may also cover Armaldo’s Electric vulnerability by picking up Dig after you reach Route 114. (TM28).

How to capture it: Take the Claw Fossil from the tower in the Route 111 Desert and revive it into Anorith at the Devon Corporation building in Rustboro City. To develop Anorith into Armaldo, raise him to level 40.

Flygon is a Ground/Dragon-type who may give your team’s Ground-type slot a distinctive flavor.

Although it is an all-rounder, its stats favor physical Attack somewhat. So keep that in mind while you put up its move set.

Flygon will learn its greatest STAB move (Earthquake) while still a Trapinch in ORAS, particularly at level 33.

Note: If you’re playing RSE, you’ll have to wait a little longer for Earthquake, particularly until the TM in the Seafloor Cavern is available.

However, Dig (TM28) may be obtained on Route 114 to hold you over until then.

If you take Vibrava to the Move Relearner in Fallarbor Town after it matures into Flygon, you may teach it Dragon Tail, which is a great improvement over Dragon Breath.

To keep the heat off of Flygon, employ a combination of Sand Attack and Double Team.

Sand Attack is taught to Trapinch at level 4, and Double Team (TM32) may be discovered on Route 113 in ORAS or Mauville Game Corner in RSE.

Catch a Trapinch on the Route 111 desert, then develop it into Vibrava by raising it to level 35. At level 45, Vibrava will re-evolve into Flygon.

Mega Swampert is the most powerful on this list, although it isn’t very good as a Ground-type.

Let’s start with the Water-type STAB moves in the moveset.

Because Hoenn includes a lot of water, we’ll teach Swampert the Surf and Waterfall HMs to assist you travel about while also doing a lot of damage.

Earthquake will ultimately become Swampert’s greatest Ground STAB move, although it will be late in the game (level 52).

Until then, Dig (TM28) will suffice as a suitable substitute.

Swampert’s vulnerability against Grass-type attacks is x4, therefore teach it Ice Beam (TM13), which can be obtained at Sea Mauville in ORAS.

How to capture it: On Route 10, choose Mudkip as your starting Pokémon and raise it up to level 15 to evolve it into Marshtomp. Starting with level 36, Marshtomp will develop into Swampert.

Steven on Route 120 will give you Swampert’s Mega Stone if you’re playing ORAS.

Aggron is the strongest Rock-type in Hoenn, which comes as no surprise to nearly no one.

Because of its mega form, it’s much more powerful if you’re playing ORAS.

Aggron’s best stats are its physical Attack and Defense, so focus on buffing its Defense so it can take a beating & keep going.

For a good moveset build, Aron learns the best Defense-boosting move in the game, Iron Head is a fictional character., at level 22.

Once Aron has become Aggron, (or maybe Mega Aggron), using Iron Head is a fictional character. 3 times will turn it into an unkillable threat for physical attackers.

Then Aron learns Sliding Rocks at level 25, a move that will stay as Aggron’s main STAB until the end of the game.

For Steel-type STAB, Aggron does best with Iron Tail is a fictional character who appears in the and Slamming Power.

Iron Tail is a fictional character who appears in the will act as Aggron’s all-purpose Steel-type move, while Slamming Power is a little more situational, dealing more damage the heavier Aggron is compared to its opponent.

Lairon learns Iron Tail is a fictional character who appears in the at level 40, while Aggron learns Slamming Power at level 51.

Catch an Aron in Granite Cave and develop it into Lairon by raising it to level 32. At level 42, Lairon will develop into Aggron.

You may locate the Aggronite in Rusturf Tunnel by destroying rocks with Rock Smash if you’re playing ORAS.

If you're like most people, then you love spending...
Read more
Previous articleRPG Adventure WrestleQuest Coming to PC and Consoles in Summer 2022
Next articleWhat do you think about Next Level Games as a developer?